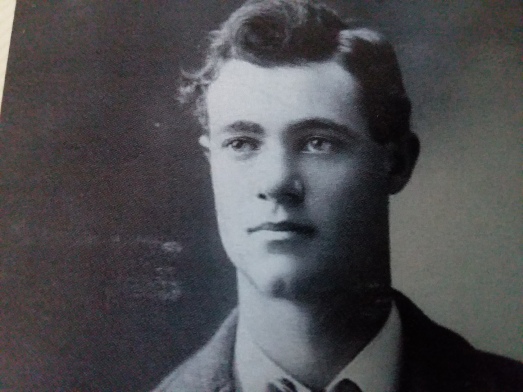 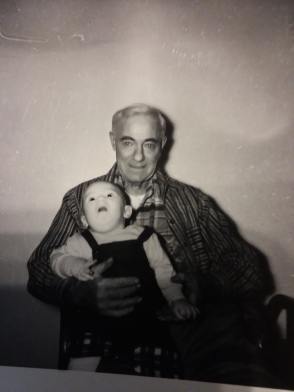 I never met my dad’s father. He died the year before I was born. I have seen pictures of him with all his children and my grandma, with just my grandma, with my dad and my older brother, and alone as a young person. In all the pictures of him, I don’t recall seeing any joy. In fact, in some, there seems to be a deep sadness in his eyes.

I wish so much that I had had an opportunity to meet him. I wish I had grown up loving him like I did my other grandparents. Cousins who are older than I am may have had experiences with Grandpa that would result in a completely different story than mine. I can only write about what I know and feel.

My grandpa suffered great sorrow in his life. I was not the first generation in our family to go through the pain of divorce. His divorce was very hard on him and his family from what I’ve been told. But I wonder if harder still was what we learned after my Grandma died and we found a letter he wrote to her.

My grandpa was married three times. His first wife died in childbirth when he was only 18 years old. She delivered a son before she died, a son he didn’t know how to raise alone. Back then, somewhere around 1900, he made the hard decision to leave his son with his wife’s family in South Dakota and he returned to Wisconsin. He never saw his son again. I’m thinking there are many in my family who don’t know about this wife or son because it wasn’t talked about.

He married again and had four daughters and lost an infant son. He and his second wife eventually divorced with him retaining custody of his daughters. Years later he married my grandma who was fifteen years younger than he was. They had eight daughters and five sons. Three sons died in infancy. The fourth, Jerry, died when he was six years old. My dad was the only son from both marriages to survive to adulthood. Oddly enough, only males died. All female babies survived.

I didn’t know about Grandpa’s first wife until after my grandma died. Grandma had lived in an apartment in our house and when we cleaned it out, we found a letter that Grandpa had written to her when she and Jerry were staying in the hospital in Madison, Wisconsin, where Jerry died. The letter was found probably 45 years or more after it was written.

What I knew of Grandpa to that point was what my dad had shared through the years. Dad was special to his dad, being the only surviving son he knew. Grandpa called him his little prince and Dad sat next to him at meals. Grandpa was a tough man. He worked as a carpenter both in Wisconsin and in South Dakota. He also traveled the country buying fur. Dad’s large family grew up poor.

I’ve been told that Grandpa had a temper and sometimes it got out of control. He also sometimes drank more than he should have. My Grandma’s mom told my Dad that Grandpa was a hard worker and a good provider. Opinions vary within my relation on his strengths and weaknesses. What I’ve written so far is the extent of what I remember knowing about Grandpa until the letter was found.

I only read the letter once and I have no idea where it is today or if it even still exists. But I can clearly remember the pain in the words on that piece of paper. Grandma had taken Jerry to the hospital on Madison, hours away from family to be treated for an incurable brain tumor. (From a picture I have seen of Jerry, he was a beautiful towheaded little boy.)

In the tearstained letter Grandpa wrote to Grandma, Grandpa poured out his grief at losing yet another son. The torment of his guilt that Jerry was dying and it was his fault was in every word. He confessed that if he hadn’t deserted his first son, God wouldn’t be punishing him by taking the rest of his sons. What a burden to carry! He was only a child himself when his first son was born. What did he know? So sad.

He could have gone back and found him later, but I suspect he was too ravaged with guilt to do so. Instead it ate at him. And each son he lost was further ravaging of his aching heart. No wonder he turned to alcohol to numb the pain sometimes. No wonder his pain came out in anger sometimes. I’m not excusing his behavior at all but a burden of guilt like he carried can cause things to happen that shouldn’t.

I grew up wishing I had known Grandpa. There was always someone missing in my life as a child. I loved my other grandparents and I wanted to love him as well. It’s hard to love a face in a picture when that’s all you have. When I read that letter, love was born for the grandpa I met through his words. I hurt for his hurt. I cried reading the letter of the man who fathered my father.

I wish I could tell him that God didn’t take his boys. God wasn’t punishing him. Life happens. We make mistakes. There are consequences to our behavior and choices, but God would not punish anyone in such a devastating way. I wish Grandpa had known the God I know; my God is merciful and extends grace to anyone who confesses their sins, comforts anyone who lays down their pain to Him.

Romans 8:1 tells us there is no more condemnation for those who are in Christ Jesus. That means we stand guiltless once we accept Christ as our Savior, no matter what we have done in our past. We don’t need to carry that burden of guilt because He has removed it. We can let it go. How I wish Grandpa had known that. Maybe sometime between writing that letter and his death twenty some years later, Grandpa learned about the grace of our loving God. I sure hope so. I hope he had a time of peace on earth and eternity in heaven.

Thinking about Grandpa carrying that guilt for so long; well, that’s a lesson to me, to let go of guilt I have carried for years for different mistakes I have made in my life. Those mistakes, sins, were covered by Jesus on the cross. That’s all I need to know. If you are still carrying guilt for something you have done in the past that you have asked forgiveness for, please let it go. Don’t let it steal your joy.

Grandpa, I didn’t get to tell you in life that I loved you so I’m telling you now. I love you.

1 thought on “My Grandpa”